I had such a thoughtful essay in the can.

It was one of those cultural thought-pieces, the kind you can't resist commenting on.

It had to do with my growing into a responsible husband, father, and homeowner, and the effects this has had on my ethics.

Specifically, it described how the sight of thousands of dollars' worth of untended merchandise no longer tempts me, despite the property offenses of my youth, simply by virtue of the type of merchandise in question:

Gardeners? Homeowners? People with families, mortgages, a reputation and neighbors, who would never risk all that just to make off with a few bags of cow manure and step-stones?

Of course not. So the home centers leave that stuff out front all the time without so much as a video camera trained on it. Because who would—or wouldn't—steal it?

To put that in perspective, imagine if we were talking about chrome wheels.

Anyway, I had this essay all mapped out and written, the kind of thing that makes you, the reader, place your chin in your hand and say, "Hmm. That Rittenhouse sure is insightful."

Then I saw this. 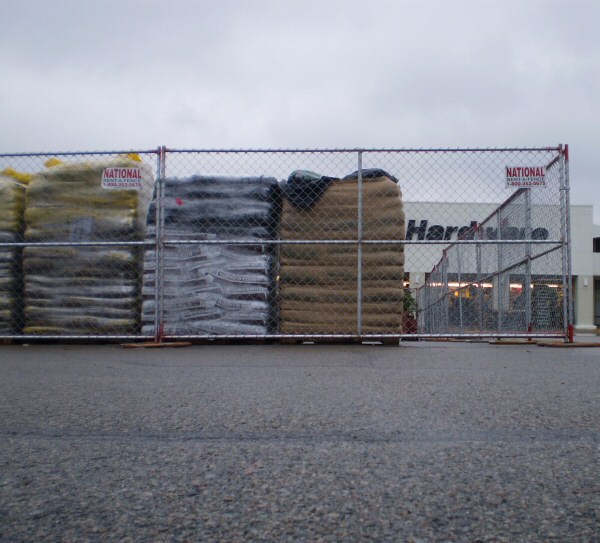 A small businessman does not spend hundreds of dollars on fencing except to stem hundreds more dollars in certain losses.

So, someone was making off with the local hardware store's bagged mulch. Or cinder blocks. Or cow manure.

Today, I am ashamed to be a resident of Rittenhouse Estates.

unrelatedly, this weekend the rittenhouses started a garden of their own, and paid for everything themselves.

Except the framing of the bird net. Most of that was wood I "found" when the local developer flattened a house and left the wreckage untended overnight. Otherwise, it would've gone to a landfill, so there's my moral vanity.

I also came across a 16-foot 2x4 on Inwood Road one afternoon, stopping to heft it atop the Explorer with no idea, at the time, how I planned to use it. Split in two, it made the perfect top lengthwise members of the framing.

Also the horse manure I picked up, free of charge, at a nearby stable where the owner piles it up next to his fence fully expecting his neighbors to cart it off. 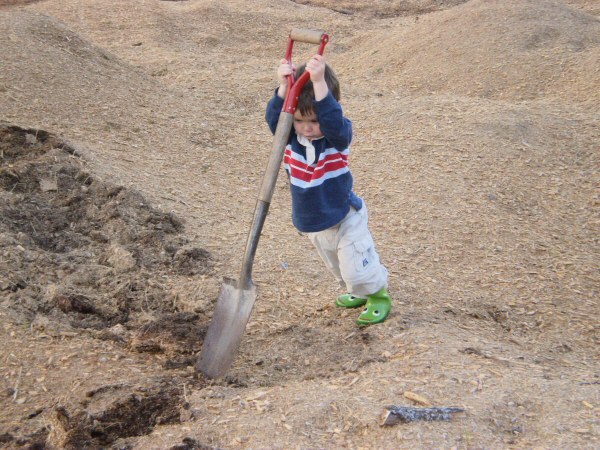 It's not child labor if it's family.

Right, then. I did pay for the bird netting and the seeds. Here's the result. 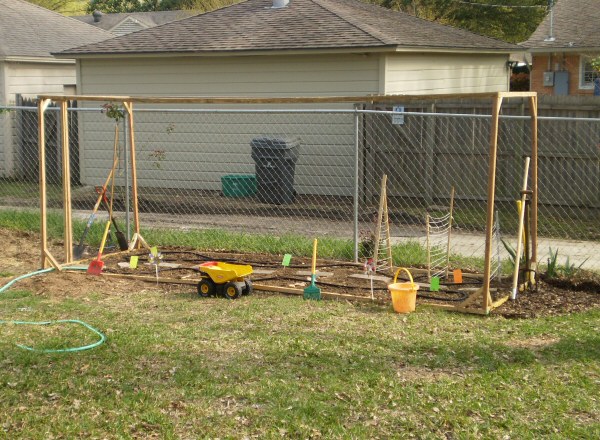 You can't see the nylon mesh in the picture, and neither could Wolf Dog when he spotted an unauthorized cat in the alley and executed his usual high-hackles charge-to-the-fence, which ended with a very confused German Shepherd tangled nose-first in the bird net. As you can see, I immediately propped various implements up against it to remind him he no longer has a straight shot to the chain-link.

we suburbanites go to such lengths planting gardens, knowing we'll probably get two meals' worth of vegetables out of them. I'm just grateful I don't live in the era of subsistence farming. Squeeky and I would have starved to death, our fossilized skeletons found clutching hoes in the middle of an empty field, having failed to get a single tuber to take root.

Nature seems to know better: Overwhelm adversity with numbers. Currently, the giant elm tree is in must, dumping shovelfuls of this stuff 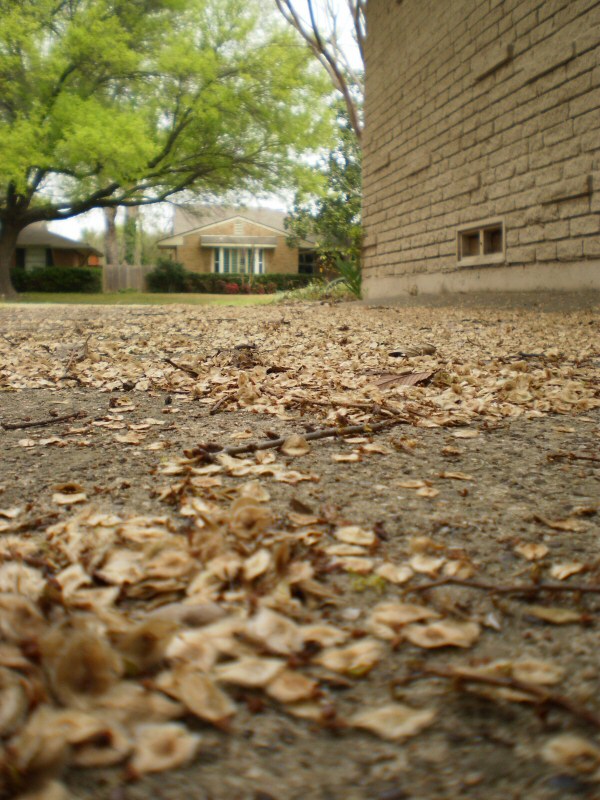 … which resembles oatmeal, onto every square inch of Rittenhouse.

Including the gutters. Even if I'd sprung for those leaf-guard types, they'd still clog with elm-meal. 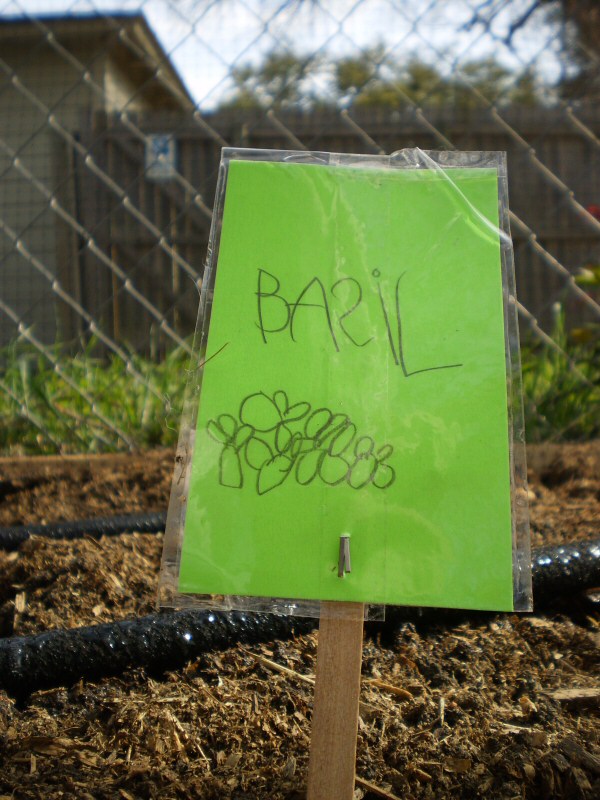