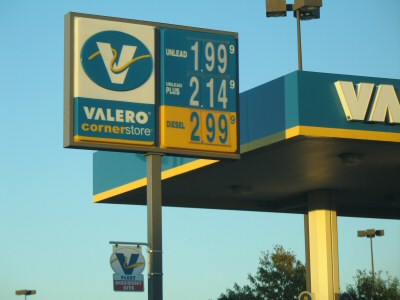 In the first gas-price run-up, way back in the 1970s, you couldn't blame yourself for the cost of fueling a 10-mpg car, because that's all there was.

Still, when four-cylinder imports started showing up, no one liked them. They were small. They sounded tinny. They felt flimsy, like aluminum lawn chairs, bound to tip over at any moment. But the worst part was, they had no "pick-up."

Pick-up is what we called torque, or an engine's turning force. Even at low RPM, standard-issue V-8s could launch a 4,000-lb. sedan from 0-60 in 12 seconds. On the highway, when you floored the throttle, a 400-cubic-inch V-8 lagged just long enough to kick down a gear before mashing you into the seatback. Never mind that the fuel line gushed like a firehose at that point. The full-throated moan of a four-barrel carburetor's secondaries had you feeling as if you could outrun just about anything.

By contrast, when your 1974 Toyota Corolla pulled onto an entrance ramp, you could hear insects laughing as they bounced off the windshield. Full throttle in a Datsun B210 felt the same as half-throttle, just noisier. Four-cylinder engines left you helpless and impotent, like Jimmy Carter when the mullahs glared him down.You wished you could run up a sail, dump ballast, or get out and push—anything to prevent the Buick Electras and Dodge Monacos from swerving around you.

When your Toyota pulled onto an entrance ramp, you could hear insects laughing as they bounced off the windshield

Automakers knew this, but would take years to direct their energies toward extracting more oomph from smaller engines. Turbos held promise for a while, but their inevitable lag and additional moving parts proved irritating, temperamental, and costly.

Only when oil prices fell back down (toward the 1986 low of $10/barrel) would the return of V-8 power put the drive back into driving, where you felt as if you had a thoroughbred in your hands instead of a pack mule.